From The Depths is a single player and multiplayer creative sandbox game where players can build their own war machines block-by-block. Players can build ships, submarines, air balloons, planes, space craft, fortresses and structures out of hundreds of different blocks.

Currently in development, From the Depths is a creative sandbox game in which players can design and build their own vehicles and structures. The game takes place in a fantasy world where the players must construct their own war machines to survive and gather resources. The game is currently being developed by a small team in Glasgow, Scotland and has recently been 'Greenlit' on Valve's Steam platform. The game is due for release in late 2014.

The game is currently in it's alpha development lifecycle. The team is working hard to release weekly updates which are currently being trialled by the game's fan community.

The single player campaign will consist of eight playable factions each with their own missions and backstory.

Players will be allocated resources to complete a number of challenges. They must plan strategically as these resources are limited. As the player completes missions, more resources and technologies will be made available to them.

No specific details are currently being revealed at this time. However players will be able to compete against each other online as individuals or as groups. 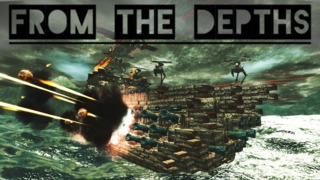