World of Warplanes is a free-to-play MMO featuring planes from the 1930s to the 1950s.The game was announced by Wargaming during E3 2011.

The game is being developed using the Big World engine, the same engine used to develop World of Tanks. Both games are being released by Wargaming.net. The game engine is being specially adapted for airplanes and air combat.

As in World of Tanks there will be two teams, which in course of 15 minutes must eliminate each other or destroy all ground targets in the enemy base. Each fight will last 15 minutes.

The game is Free-to-Play, but there is the option to buy gold which can be spent on a premium account, gold consumables or to convert Free experience to normal experience or to create your own clan. The gold will be linked with the gold from World of Tanks, as will be accounts.

After each battle you will get experience and credits that can be spent on training your crew or researching modules.

The game provides the function to join squadrons, which will be similar to the platoons in World of Tanks .

The game is currently in Global Alpha test, with Closed Beta soon to come.

Wait, There's Really a Game Called World of Warplanes? Seriously? E3 2012: The Other WoW is Adding Some American Planes Here Is a Painstaking Description of How to Control Stuff In World of Warplanes
World of Warships Birds of Steel Strike Fighters 2 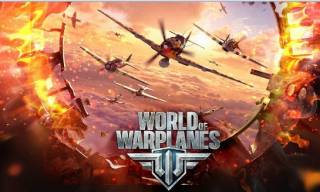